On 19th September 2020 Lok Sabha passed the companies law amendment bill , which proposed 72 changes to the Companies Act, 2013 to decriminalize and reduce or remove penalties of various offences, aimed at improving the ease of doing business.

1. NCLAT :- Matters relating to winding-up of companies, default in publication of NCLT order relating to reduction of share capital, rectification of registers of security holders, variation of rights of shareholders and payment of interest and redemption of debentures, the bill removes the penalty, imprisonment and reduces the amount of fine payable in these cases. The Bill seeks to establish benches of the National Company Law Appellate Tribunal in New Delhi.

2.CSR : – The Bill exempts companies with a CSR liability of up to Rs 50 lakh a year from setting up CSR Committees.

Change in penal provision: -In case of corporate social responsibility (CSR), if a company fails to transfer the amount to a specified fund, it shall be liable to a penalty twice the amount required to be transferred or Rs 1 crore, whichever is less.

Also, every officer of the company, which is in default, will have to pay a penalty of one-tenth of the amount required to be transferred by the firm, instead of the earlier provision of three years imprisonment and maximum fine of Rs 5 lakh.

3.RELAXATION FROM FILING RESOLUTION : – As per The Companies Act ,2013 companies has to file Board of Directors resolution to Registrar of Companies related with matters of borrow money, or grants loans. However, banking companies are exempt from filing resolutions passed to grant loans or to provide guarantees or security for a loan. This exemption has been extended to registered nonbanking financial companies and housing finance companies.

4.DISALLOWANCE FROM LISTED COMPANIES : – The Bill empowers the Centre in consultation with the SEBI, to exclude companies issuing specified classes of securities from the definition of a “listed company”.

6.EXEMPTION TO KMP : – The bill gives exemption to key managerial posts or independent directors as well on compensation in case of a company liquidation.

7.DIRECT LISTING IN FOREIGN JURISDICTION : – The bill says in consultation with the Securities and Exchange Board of India, the direct listing of securities of Indian public companies in permissible foreign jurisdictions. To exempt private companies issuing specified classes of securities on exchanges.

8. FURTHER RELAXATIONS :- The bill removes the penalties which apply for any change in the rights of a class of shareholders made in violation of the Act. Where a specific penalty is not mentioned, the Act prescribes a penalty of up to Rs 10,000 which may extend to Rs 1,000 per day for a continuing default. 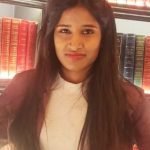 CS Shweta Sharma having experience of three years under CS firm and also having degree of B. Com and M. Com. Having expert knowledge of ROC related work and other company related compliances with MCA. Introduction Corporate Governance is a system which involves the building of a set of relationships... Introduction An entrepreneur is an individual who starts a new business, bearing most of the risks...