Members Of A Company

In the ordinary commercial usage, the term ‘Member’ denotes a person who holds shares in a company. The members or the shareholders are the real owners of a company. They collectively constitute the company as a corporate body.

The ultimate authority in matters relating to the appointment and removal of the directors, auditors and other managerial personnel lies with shareholders. The powers of the Board are also subject to the control and supervision of the general body of the members.

Members of the Company

To gain the membership of the company, the accompanying two components must be displayed:

Who can become a member ?

The company law does not prescribe any disqualification, which would depart a person from becoming a member of a company. It appears that any person who is competent to enter into valid contract become a member of a company. Subscribing for shares is basically a contract between the company and the shareholder. In the absence of any express provision regarding the capacity of a person, the provision of the Contract Act shall apply.

As regards to certain special category of persons, the judiciary has laid down certain principles for acquiring membership in a company. They are as follows: 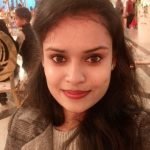