Now, the MCA has kept the applicability of CARO 2020 to companies the same as CARO 2016. The CARO 2020 will not apply to the auditor’s report on consolidated financial statements except for clause (xxi) of Clause 3 in regard to any qualifications or adverse remarks by the respective auditors in the Companies (Auditor’s Report) Order (CARO) reports of the companies included in the consolidated financial statements. If there is any such remark, then the auditor of CFS, has to indicate the details of the companies and the paragraph numbers of the CARO report containing the qualifications or adverse remarks. The exemption to small companies has been removed and instead CARO 2020 has defined small company itself.

The total number of clauses in the new CARO is 21. CARO 2020 has enhanced the auditor’s reporting requirements in certain areas, such as Loans given, application of Short Term fund, Long term Funds etc.

The provisions of the CARO 2020 are furnished below:

CARO 2020 is applicable from FY 2019-20 and the matters specified therein shall be included in each report made by the auditor under Section 143 of the Companies Act, 2013 on the account of every company to which CARO 2020 applies. CARO 2020 has been issued after consultation with the National Financial Reporting Authority constituted under section 132 of the Companies Act, 2013.

CARO 2020 is applicable to every company including a foreign company as defined in clause (42) of Section 2 of the Companies Act 2013, except

Auditor’s report to contain matters specified in paragraphs 3 and 4:

Every report made by the auditor under section 143 of the Companies Act on the accounts of every company audited by him,to which this Order applies,for the financial years commencing on or after the 1st April, 2019, shall in addition, contain the matters specified in paragraphs 3 and 4, as may be applicable:

Provided this Order shall not apply to the auditor’s report on consolidated financial statements except clause (xxi) of paragraph 3.

Property, Plant and Equipment [clause 3 (i)]

(B) whether the company is maintaining proper records showing full particulars of intangible assets;

The auditor have to comment on Intangible assets also under this clause. It was not required in CARO 2016.

The auditor has to disclose, if there has been any revaluation, whether the revaluation has been done by registered valuer and if the change in net value of the asset is more than 10%, then the amount of change has to be informed here.

A new reporting on benami cases has also been added.

(b) whether during any point of time of the year, the company has been sanctioned working capital limits in excess of five crore rupees, in aggregate, from banks or financial institutions on the basis of security of current assets; whether the quarterly returns or statements filed by the company with such banks or financial institutions are in agreement with the books of account of the Company, if not, give details;

CARO 2016 used to ask reporting for material discrepancies, but CARO 2020 has defined materiality to be 10% for each class of inventory.

Secondly a new reporting of compliance with working capital is required for company having sanctioned limit in excess of Rs five crore form banks or financial institutions. The auditor is required to report about the quarterly disclosure made by company to bank. This adds to extra reporting by auditors who can be held liable if there is a gap.

Loan given by Company [Clause 3 (iii)]

This paragraph is a major change in CARO 2020, earlier the reporting was only of loan given to parties covered in Section 189 of Companies Act, 2013, but the clause under CARO 2020 covers all loan granted by the company.

The auditor is also required to report that if any new loan has been given to settle old loan or there has been an extension in existing loan, the amount and % age of such loan to total loan has to be reported. This clause will be an issue to many corporates and detailed reporting will be seen in upcoming audit reports.

If there any is any loan repayable on demand or without any terms and condition, then same should be disclosed separately with aggregate amount.

Loan to director and investment by the company [Clause 3 (iv)]

in respect of loans, investments, guarantees, and security, whether provisions of sections 185 and 186 of the Companies Act have been complied with, if not, provide the details thereof;

148 of the Companies Act and whether such accounts and records have been so made and maintained;

(a) whether the company is regular in depositing undisputed statutory dues including Goods and Services Tax, provident fund, employees’ state insurance, income-tax, sales-tax, service tax, duty of customs, duty of excise, value added tax, cess and any other statutory dues to the appropriate authorities and if not, the extent of the arrears of outstanding statutory dues as on the last day of the financial year concerned for a period of more than six months from the date they became payable, shall be indicated;

(b) where statutory dues referred to in sub-clause (a) have not been deposited on account of any dispute, then the amounts involved and the forum where dispute is pending shall be mentioned (a mere representation to the concerned Department shall not be treated as a dispute);

This clause is same as CARO 2016 except the goods and services tax has been added.

This is a new clause for reporting in various scheme like the Voluntary Disclosure Scheme, Viwad Se Viswas etc. The accounting of disclosures made has to be reported.

The Auditor have to Report whether all loans has been used for the purpose for which it was taken, term loan and Short- Term Loan, it brings back earlier CARO paragraphs

(a) whether moneys raised by way of initial public offer or further public offer (including debt instruments) during the year were applied for the purposes for which those are raised, if not, the details together with delays or default and subsequent rectification, if any, as may be applicable, be reported;

(b) whether the company has made any preferential allotment or private placement of shares or convertible debentures(fully, partially or optionally convertible )during the year and if so, whether the requirements of section 42 and section 62 of the Companies Act, 2013 have been complied with and the funds raised have been used for the purposes for which the funds were raised, if not, provide details in respect of amount involved and nature of non- compliance;

This clause is same as CARO 2016 and the preferential allotment clause (xiv)of CARO 2016 has been added here.

This clause is same as CARO 2016 only para b and c are additional, these are for compliance of Sec 143 and additional responsibility of whistleblower complaints

whether all transactions with the related parties are in compliance with sections 177 and 188 of Companies Act where applicable and the details have been disclosed in the financial statements, , as required by the applicable accounting standards;

(a) whether the company has an internal audit system commensurate with the size and nature of its business;

(b) whether the reports of the Internal Auditors for the period under audit were considered by the statutory auditor;

This clause has made a comeback, it was not there in CARO 2016. The para b of the clause is new, it derives itself from Standards on Auditing where using the work of Internal Auditors is discussed.

whether the company has entered into any non-cash transactions with directors or persons connected with him and if so, whether the provisions of section 192 of Companies Act have been complied with;

The para of this clause is same as CARO 2016. The para b to d are new. The auditor is required to report on activities carried by the company of NBFC, HFC without valid certificates. The Company is a CIC or the number of CIC in group. This has been asked to be reported after recent issues in NBFC,

This is new reporting requirements of CARO 2020, calculation of cash losses to be done. This is visible from Cash Flow but now separate reporting is also required.

CARO 2020 takes auditor resignation more seriously and after recent increase in numbers of resignation and their timings it’s a welcome move, how the auditor has taken care of issues of earlier auditor.

on the basis of the financial ratios, ageing and expected dates of realisation of financial assets and payment of financial liabilities, other information accompanying the financial statements, the auditor’s knowledge of the Board of Directors and management plans, whether the auditor is of the opinion that no material uncertainty exists as on the date of the audit report that company is capable of meeting its liabilities existing at the date of balance sheet as and when they fall due within a period of one year from the balance sheet date;

CARO 2020 brings additional clause on capability of the company to meet its liability, its again in line with going concern reporting which was made stringent by SA 570 lately, the above clause give more clarity of cash flows and will give some tension to new companies and its fund management. The auditors should take detail justification for above and do a walkthrough.

The Reporting about CSR was missing and now its brought in by CARO 2020. This clause is again an issue as some companies were not taking CSR in true sense and added responsibility has been given to auditor.

whether there have been any qualifications or adverse remarks by the respective auditors in the Companies (Auditor’s Report) Order (CARO) reports of the companies included in the consolidated financial statements, if yes, indicate the details of the companies and the paragraph numbers of the CARO report containing the qualifications or adverse remarks.

The auditor has to give proper reasoning for qualification or adverse remarks in the audit report. A new paragraph introduced by CARO 2020.

Reasons to be stated for unfavorable or qualified response-

The above two paras again increase the responsibility of the auditor with respect to cases where the auditor is not able to express any opinion on any matter or has to give a detailed reason for unfavorable or qualified comments on any of the para stated above. 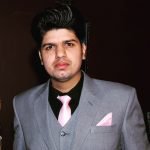 Introduction Internal audit refers to an independent service to evaluate an organisation’s internal controls, its...

What is Audit?  “Audit” means to examine something thoroughly. Auditing is an independent inspection of...